Hiya friends, welcome back. Sorry that you got two posts so close together, but oh man it’s been an interesting couple of days. So, Hobbs came home sick yesterday, and he ended up staying home from work today too. I also said that, at times, my anxiety extends past me being sick and onto people I love. 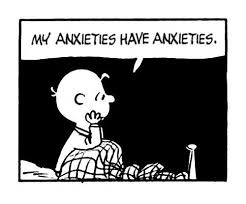 Basically when Hobbs gets sick, I absolutely lose it. I’m pretty sure that the way anxiety works makes no fucking sense. The thought process with this is much like the lemon thought process. For instance, take how today went. Hobbs is home sick. What if it’s worse than what I had? That’ll mess with his blood sugar, which means he could end up in the hospital. People die in hospitals. Great! Oh, don’t forget the fact that he clearly caught this from me. It’s my fault he’s sick now, which means it’ll be my fault he ends up in the hospital. Then it’s my fault if anything happens to him.

Seriously, this is a very annoying way to live sometimes.

Logically, I know this isn’t how things work, but again, there really isn’t anything logical about mental illness. I try really hard to remind myself, when I’m off on these worst case scenario jaunts, that what I’m thinking is completely plausible. I mean, they could 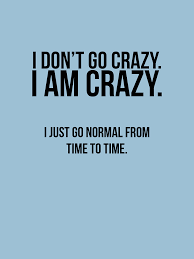 technically happen. The chance that it will happen, is very slim, and even if it did, I can’t possibly hold myself responsible for how germs work (those things are evil). I’m pretty sure this won’t make sense to anyone who doesn’t have anxiety, but the reason behind reminding myself that it could happen, is to keep myself from going off on the “You’re a fucking nutter” quest. Basically, it’s to stop the “Yup, I’m crazy” thoughts. Thinking you’re crazy does absolutely nothing to fucking help the situation. It’s better for me to acknowledge the ideas could happen but they probably won’t.

In an attempt to keep my racing thoughts under control, I tried to stay busy today, but Hobbs still heard, “Are you okay?” a million times. To put this in perspective, he probably heard it a thousand times an hour. I ask that question a lot, even when he’s not sick, but it got to the point today where he was answering before I even finished the question. Oops. I’d apologize for it, but, I mean, at least I care, right?

To his credit he doesn’t get all pissy about it anymore. When we first started dating I’d ask constantly, and by the end of our night he would be so frustrated with me that he’d inevitably bite my head off for the last one. It wasn’t until post diagnosis that we both realized what was happening. I was doing what the doctors call “reassurance seeking.” Seriously, that’s a real fucking thing. Basically, it means exactly what it says. When I’m anxious, my brain forces me to ask the same types of questions over. And over. And over. For me this usually manifests in questions like, “Are you okay?” “Is everything okay?” “Do/are you feeling alright?” “Are you upset?” “Did I make you mad?” I can only imagine how annoying it must be to be on the receiving end of these questions, especially when I’m asking them every 15 minutes.

Now, I’m not saying that’s the only way this reassurance thing manifests for me. At the beginning, I would incessantly ask Hobbs if he thought I was crazy, or if he thought I was really sick and it wasn’t just anxiety or panic. I thought this would go away in time, but it’s one of the things I haven’t been able to shake. Please don’t think I’m complaining about this because I’m not. I mean, if this is the worst thing that happens to me when I’m anxious/panicky, I’ll fucking take it. Granted, it’s annoying as shit for Hobbs, but he knows that if he just keeps answering, it helps my brain calm the fuck down and it could also help to cut off a massive panic attack.

The other really annoying thing about this, is that there are times that all the 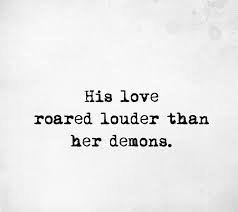 reassurances in the world can’t fucking stop it. There have been times when Hobbs has gotten sick and I’ve spent all night having one panic attack after another. I feel so fucking bad for Hobbs on those nights. He’s the one who’s sick and yet he spends hours trying to convince me that he’s okay. I’ll say it again for the people in the back, anxiety can be a real asshole sometimes.

One of the good things about this time around, is that I know what he is going through – I literally have first hand knowledge. This knowledge doesn’t stop me from asking him the same stupid question a million times, but at least now I can believe his answers. (Wow, that sounds really bad when I read it back. It’s not that I don’t believe what he tells me, it’s just that the knowing helps it sink into my brain and the Asshole can’t twist it around.)

In humorous, but not entirely unrelated news, we both called our moms on Sunday and told them to stay away, or they’d be leaving with a lot more than just the cards we bought. The reacted completely differently, of course. Mama Hobbs said, “Of course, call me when you feel better.” Mama Biblio threatened the germs to try and take her down. I’m not saying my mom went all Ray Parker Jr., but I definitely had the song from Ghostbusters in my head. (Yup, it’s official, I’m getting better.)

Okay, it’s very late now…well, not really, but I’m still on the mend and I’d like to continue the uphill motion. You guys have got to know the drill by now. There are two numbers at the bottom, the National Suicide Prevention Helpline, and the Substance Abuse and Mental Health Services Administration (SAMHSA) Treatment Referral Helpline, use them if you need them. See you lovely lot tomorrow.

One thought on “The Delicate Balance”