Hiya friends, welcome back to my adorable and random little corner of the internet. I have a problem, and we need to talk about it. K-pop! I am hoofin addicted and I’m not even mad. I completely blame this recent addiction on Tiff (you can follow her here…go tell her I sent you and remind her that this is all her fault).

Let’s start from the beginning with this. Tiff and I have been swapping music back and forth for a little while now, and she constantly sends me random Korean pop music videos, everything from MBLAQ to Shinee. Not gonna lie, every video she sent me was incredible – the level of creativity and work that goes into them is just unmatched. One night she sends me this video and as usual, I watch it. Little did I know this was the beginning of the end. The video was the “SEXIEST K-POP BOY GROUP MUSIC VIDEOS (NSFW)”, and I spotted Big Bang with a half-naked Taeyang and some backup dancers. Next thing I knew it was 3AM and I was crawling out of a YouTube black hole laden with Big Bang MV’s (music videos), I had drank the kool-aid and I was officially a fan.

This newfound love has led me to knowledge I never knew I needed. Firstly, Big Bang is known as the gateway drug when it comes to K-pop, with good fucking reason. There is also a reason they are called the “Kings of K-pop.” Honestly, their music videos are insane! It doesn’t even matter that I don’t speak the language, I get the meaning. Not to mention, I could watch them dance all day. ALL. FUCKING. DAY. And, I have.

Back to the knowledge thing, do you know what a bias is? I do. Let me fill you in. Your bias is your favorite member of a group. When this all began my bias was firmly rooted in Taeyang. Honestly, so hot, and he absolutely hates shirts, again for a good reason. I mean, I’d hate shirts if I looked like that underneath, too.

How about a bias wrecker? For me, that would be GD. A bias wrecker is the member of a group who very literally ruins your original bias, the one who makes you question your original fav. There I was all happy in my stanning of Taeyang, and out of nowhere comes GD with his damn seaweed bangs, ruining everything. Another YouTube black hole later, and I had found my ultimate bias. I can hear you asking what that is. I’ll explain. GD is the top of my ultimate bias list, 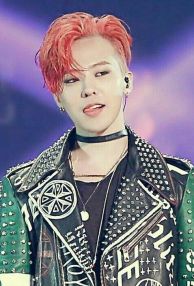 meaning he’s the King, he reigns supreme, and I’m but a lowly servant of Stanville. (On second thought, I wanna be the Mayor of Stanville, set your sights high, Chingudeul.)

Why do I need to know this stuff? The correct answer is that I don’t, but I’m honestly not complaining. I actually enjoy the music, and like I said, the videos are crazy impressive. Not to mention, I can listen to the songs and not get distracted by dissecting every little lyric. (Notice I said songs and not videos, the videos are very distracting, with all the gyrating men and bright colors.)

Who is your ultimate bias group?

What is your favorite song?

Picking my favorite song is difficult because I genuinely love all of them, but if I had to pick I think it would be “If You.” I figure a lot of people would pick faster songs, but this is so good.

Hands down favorite music video is a tie between “Bae, Bae” and “Love Song.” One is so colorful and in your face, while the other is very muted and understated.

My favorite concept is definitely from “Fantastic Baby.” I love the idea of this “Anti-music” movement and the group is sort of fighting against that. The final scene is the five members sitting on thrones, sort of showing their place in the genre. (At least, that’s how I see it.)

If you had to pick a song that you don’t like, what would it be and why?

This is just as hard as a favorite because I like all their songs. I’m gonna go with “Last Dance,” only because it bums me the hoof out.

Who is your bias in the group?

Again, GD. He sneaks up on ya, at least he did on me. All seaweed bangs, and crazy outfits…I was very unsuspecting. His talent is also very attractive.

Pick your favorite photo of the group and explain why? 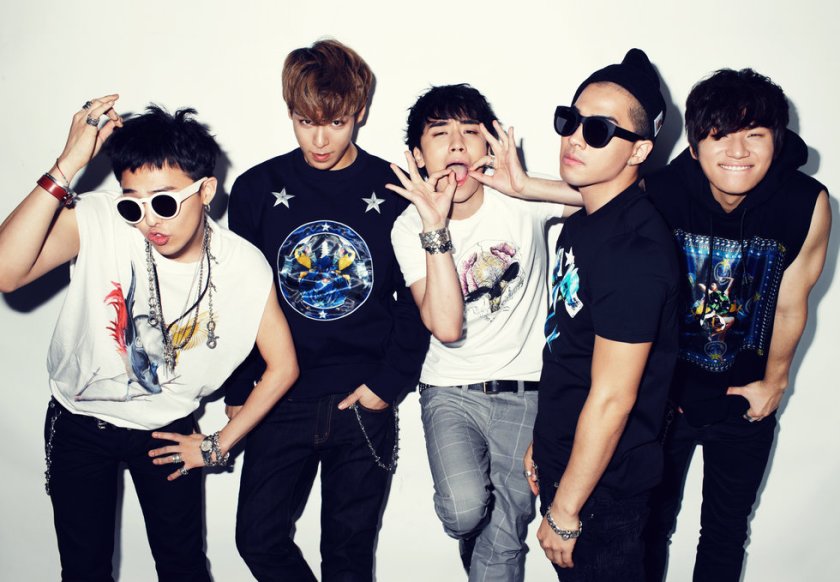 I adore this picture, simply because you have them all kind of doing what they do best. GD pulling a silly face, TOP giving those bedroom eyes, Seungri looks like he’s talking, Taeyang looks cool, and Daesung is smiling that smile. It’s just pretty perfect.

Finally, explain why someone should listen to this group if they haven’t already?

Honestly, if you haven’t listened to any k-pop this is a perfect place to start. Not only are they are very good at what they do, but it’s fun to watch them do it. Plus, once you have listened to all the group’s songs, you can embark on their solo stuff and it’s just as good.

Well, there ya have it my friends. I have a K-pop addiction, and I honestly don’t see it changing any time soon. I hope you guys are having a wonderful week. Until next time…